The Three Forgotten Laws of the Universe that Influence Prosperity

By Maggie Wilde – The Potentialist 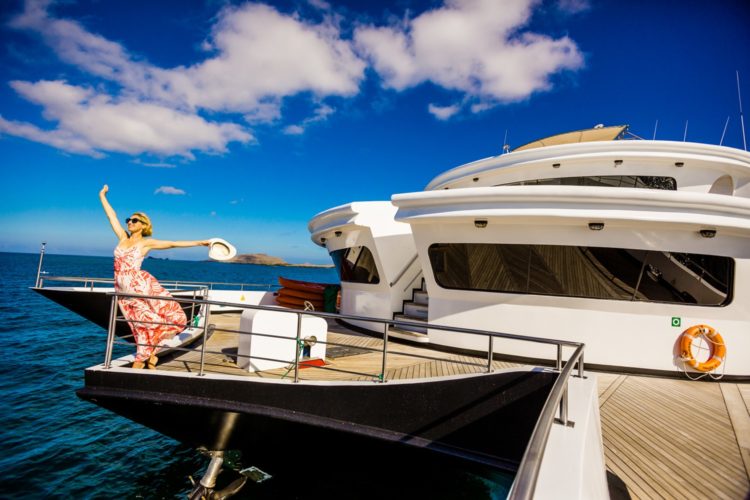 I used to think back to my childhood and wonder what could have happened if I’d had mentors who understood both the simplicity and complexity of prosperity consciousness.

I want to share with you the fundamental laws of the universe that in my experience, influence whether people block or allow prosperity into their life.

If you’ve ever wondered why the flow of abundance feels downright absent at times and you want to change that pattern for good, then this article is for you. I have learned there are four laws that influence the flow of abundance. Most of us have heard of the first law, the law of attraction. Many of us have even experienced some success with this well-known law. More often though, I hear from people who have not been able to maintain that success to make a deep enough impact on their financial freedom.

That is because the law of attraction is only one piece of the puzzle. To maintain the flow of abundance, we also need to take into account the integration of three further laws.

However, you’re also the one that finds it hard to receive, feels uncomfortable if you become the centre of attention. You reject or deflect even the hint of a compliment. “What, this old thing…” we hear you say. “Don’t be silly, it’s JUST me,” you continue, casually brushing that compliment aside.

The art of receiving is downright uncomfortable for the giver. The challenge with this is that the law of circulation states that the universe operates as a continuous flow, a rhythm, vibration, and frequency that functions on the movement of energy.

The universe cannot continue to create itself or birth stars if energy only moves in one direction. For universal expansion and stars to be born, the flow of energy must be continuous, circulatory and constant. Therefore, the rejected compliment or a gift or kindness received without joy is like saying to the universe “No, I’m not worthy.”

The universal purpose for us all is to find joy and share that joy. Compliments are the exchange of universal happiness. If you block a compliment, the law of circulation halts, the universe stops growing.

The law of circulation requires giving and receiving for the flow of an abundant universe to expand. As we are all part of that universe, we contribute to the universal expansion. Our role is to both give and receive with joy. To find happiness, share the joy with as many minds, souls and cells as possible (including yours).

You subconsciously reject the affirmation when the energy that flows to the universe is the opposite intent to the first affirmation. If the core belief in conflict with the declaration is “I’m not worthy.” Or “I shouldn’t or couldn’t.” Then this law causes us to attract more of what we don’t want. Our experience is then one of disappointment or frustration because what we thought we were calling for in our affirmation is the opposite of what we attracted.

The frequency of the affirmation must be ‘clean’ for it to attract what we do want. By clean I mean, not tainted with doubt or fear. The little ‘tail-end’ voice or sensation that we try to ignore as we blissfully say our affirmation to the universe, is the frequency we transmit.

We say one thing, but ‘feel’ something else. Then what we feel is what we achieve because the language of the universe is feeling, emotions, and sensations not simply words. Until you speak the affirmation, feel and experience it in every cell as truth, and every thought about it feels clean, and on point, then the law of the mind will always attract what the ‘tail-end’ voice or feeling transmitted.

Fundamentally the four laws come together to operate as one, the law of equality in prosperity. Perhaps a new star was born today because you gave joy to someone else and received it back from somewhere else. Maybe a new planet created life today because you forgave yourself and opened to the flow of the universal truth that we are all worthy. That prosperity, abundance, yes, and even money itself, are all just energy in perpetual motion.

Bio: Maggie Wilde is The Potentialist

A 7-time award-winning Author, Clinical therapist and Brain Training specialist. She is the Founderof the Mind Potential Academy and provides online training to theWellness Industry for both personal and professional audiences.After surviving a major stroke, Maggie developed her unique C P R Brain Training model acknowledged by peers as a game changer around the world.

Maggie and her client success stories are regularly featured in national and international press including: Sunrise, A Current Affair, The Daily Edition. San Diego Living, Good Morning New Mexico, Law of Attraction Radio (Los Angeles), Conscious Living TV.  She has also featured in print media around the world including: The Sydney Morning Herald, Woman's Day, Woman’s Health & Fitness and the London Daily Mail plus hundreds of appearances on local, national and international radio.